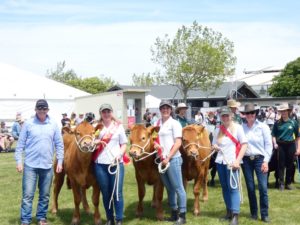 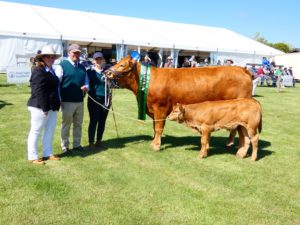 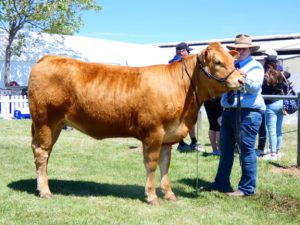 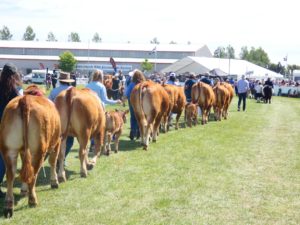 It was a challenging build-up to this year’s show, rebranded the New Zealand Agricultural Show, as we worked through the impact of M.Bovis on cattle showing. After many meetings a protocol was developed with the help of MPI to ensure the cattle at the event were safe from this disease and breeders weren’t exposed to unnecessary risks.

Mycoplasma Bovis was recently discovered in NZ and the Ministry responsible (MPI) decided on eradication. Obviously, events like A&P Shows were initially considered a potential biosecurity risk. Calf Clubs have been cancelled and there are only three A&P Shows nationwide with the facilities to ensure appropriate protocols are put in place.

Entry numbers were definitely down on previous years, but the quality of cattle exhibited was still evident. Limousin were one of the larger classes exhibited.

Australian Michelle Fairall, the 2018 ANZAC New Zealand Exchange Scholarship Recipient, was invited to judge the Limousin class and Interbreeds. She thoroughly enjoyed the experience in the ring and her comments were well received. On the final day Michelle got involved with sheep judging as a competitor and did very well.

Ben More Harri with an impressive Birubi Jupita bull calf-at-foot, exhibited by Warrick and Cece James, took out the top award by being named Supreme Limousin.

Emma Owen was awarded the Youth Ambassadorial Scholarship and will travel to Australia next April to spend time with studs and then onto the Sydney Show.

Liz Maslin travelled down from the Waikato for the week and assisted with the preparation and parading. Her experience was very evident and much appreciated.

It was a wonderful show and Limousin gained some significant profile. It was wonderful to see other breeders there in support.