Breeding Beef instead of Bobbies

He realised early on in his 20-year long dairying career that sending bobby calves off as a by-product of the dairy industry was a waste of beef. Macpherson, and his wife Denise, who are previous sheep and beef farmers, run dairy and beef cattle on a property between Hedgehope and Springhills.

But it wasn’t until Macpherson bought his own herd about 10 years ago that he began to breed beef animals from his dairy herd. He began using hereford bulls, then dabbled with wagyu before deciding limousin bulls would fit his needs the best. 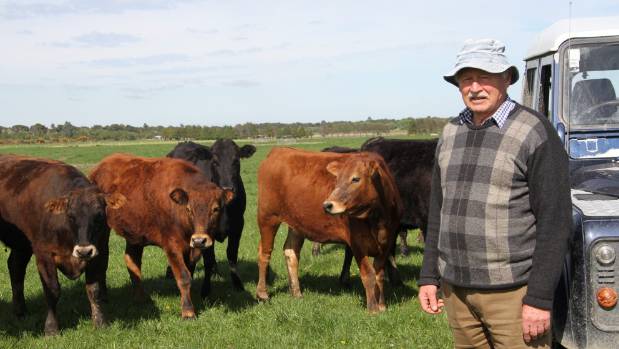 Macpherson puts his dairy cows through artificial insemination (AI) using dairy bull bloodlines, before letting the limousin bulls out with the jersey and friesian herd.

Many people ask him about birthing problems within his herd. However, he has never really encountered any problems, as the calves are quite small when they are born, but have the ability to grow fast. 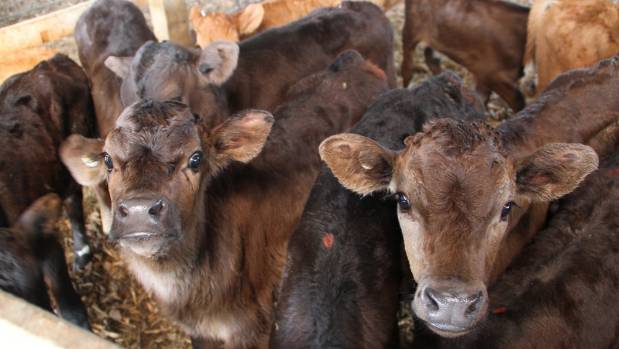 Previously, he followed AI with jersey bulls, which meant all the bull calves were processed as bobbies.

“All of those animals are kept right through until they’re over two-years-old, then they’re sold to the freezing works.”

The beef breeding policy also gives Macpherson a flexibility he didn’t have from straight dairy farming, because if he is overstocked or needs more of the property for dairy he is able to sell off some of his beef stock. 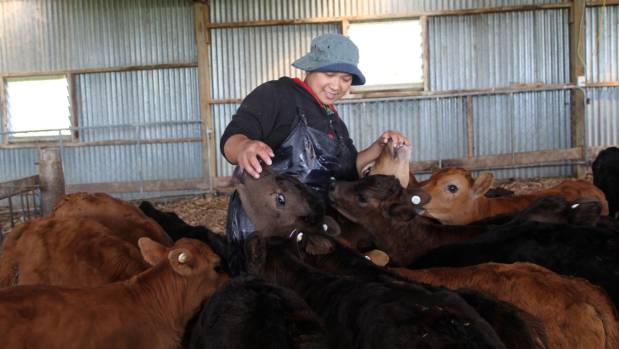 He says the beef stock gives him a “buffer zone” which keeps the farm from being fully stocked with dairy cows.

“It takes the stress away from full-time dairy farming. I think a beef supplementation gives you that flexibility.”

If they only had replacement stock and became overstocked, they would have to sell the extras, but they were not as tradeable as beef stock. 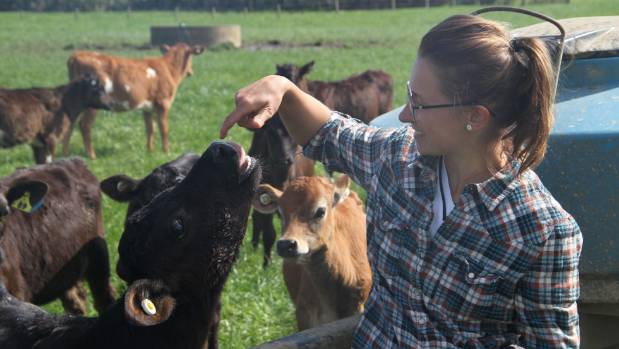 Macpherson buys in 12 two-year-old bulls from limousin breeder Colin Philips a year and keeps them for two years. He also puts across six to eight yearling bulls with the heifers.

Next season he will be using AI on his heifers as well.

The AI period for cows on the farm is also becoming less and less and is now down to slightly more than a month.

Macpherson is trying to breed cows which are high in fertility. Late calvers are automatically having limousin calves.

“I’ve got a soft spot for cows that are good producers, I don’t care what breed they are.”

If the cows are not in calf after both AI and the bull, they are culled. Macpherson says this has helped to improve fertility in his herd.

He practices a biological farming system and uses no urea on his pastures and doesn’t buy palm kernel extract for supplementary feeding.

Instead, they grow all their own winter feed and grain.

While he still has bobby calves each season, he takes no pleasure in putting them on the trailer to be processed. Last year he had about 157 bobby calves, while there were 146 this year.

Last year Macpherson averaged $21.39 for his calves, which to him was a waste.

“We’re turning a waste product – the bobby calf-  into a very valuable commodity.”

Last year 700 calves, including replacements, were reared on the farm. The calf rearers employed to look after the calves are Shirley Cathcart, of the Philippines, and Vendula Jesslova, from the Czech Republic.

Friesian bulls are also reared, and usually sold as yearlings.

“I have a regime of nature’s way is best,” Macpherson says.

After the calves are finished with colostrum, he gives them homemade yoghurt in their milk. He says it helps to make sure they have the right probiotic bugs in their stomach to fight off infection.

He makes up batches of the yoghurt in 200 litre quantities in the garage, and it makes up about three per cent what is fed to the cows.

The calves are also given muesli and hay.

While he doesn’t confess to having no scours in his calves, he has no problems with scours in the herd.

Macpherson also credits his beef cattle with helping to make sure the farm got through the dairy downturn easier.

However, rearing the beef calves can have downsides too.

“The downturn of the system is that now that milk has gone up in price, I’m still using a lot of milk to rear calves.”

But from Macpherson’s point-of-view there is no better way of rearing calves than using fresh milk.

“You cannot skimp on the milk.”

The next step in the industry he would like to see is sexed semen, a management tool for dairy farms that offers sex selection of the calves, therefore lowering the number of bobby calves produced.

Macpherson has had some detractors about his farming practices, especially with buy-in from the red meat industry, with people believing he would never produce good beef from dairy-crossed his cattle.

There was a perception that because his cows had dairy genes, they would produce yellow fat. However, he has never had an animal downgraded for yellow fat.

“It’s the perception of people. They believe that perception and it’s very hard to convince them otherwise.”

While the breeding of beef cattle from dairy cows isn’t a new concept, Macpherson believes people are quick to disregard it because it means using milk and resources on calves which would otherwise not be on the farm.

For him, the outcome is worth it when the kill sheet comes back with more than 50 times the price of a bobby calf.